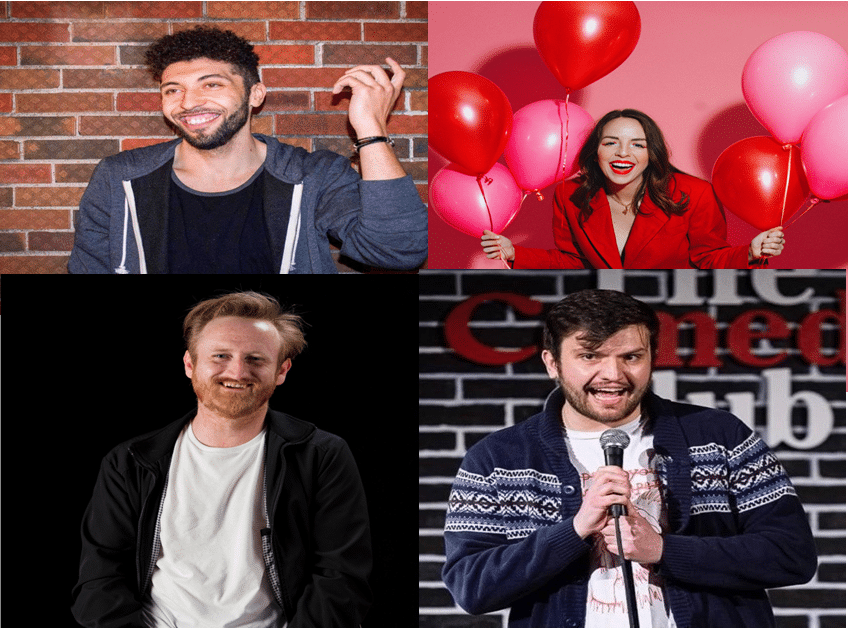 Don’t just sit there, check out some Stand Up! Come see some of Kansas City’s best stand up acts together on one stage. Aztec Shawnee Theater presents its first ever Comedy Night.

Aaron Scarbrough is a standup comedian based out of Kansas City, MO. In 2020, he won Best Local Standup in The Pitch. He has opened for Tim Dillon and Sam Tripoli, and he’s the cohost of the ScarbyQ podcast.

Tristan Newell is the best comedian in Kansas City, according to himself.

Ty Clay is funny. Based in Kansas City, Ty blends one-liners with personal anecdotes in a darkly absurd way to surprise audiences. He has performed in the Kansas City Comedy Festival, the Salem Comedy & Spirits Festival, was the winner of the Satellite City Comedy Contest in Springfield, MO, performed at Planet Comicon, and has opened for real people like Chad Daniels, Emo Phillips, and Ron Funches.

Kailee Karr is a Kansas City-based comedian whose material has been called “cute” by her parents and “a clear cry for help” by her therapist. She has opened for Brent Morin and Tristan Newell.

John Hartung is just happy to be here.

Maximum occupancy for the theater is 270, but we will be limiting ticket sales to 130 to allow for safety and proper social distancing. Concert will be in the theater with auditorium seating.