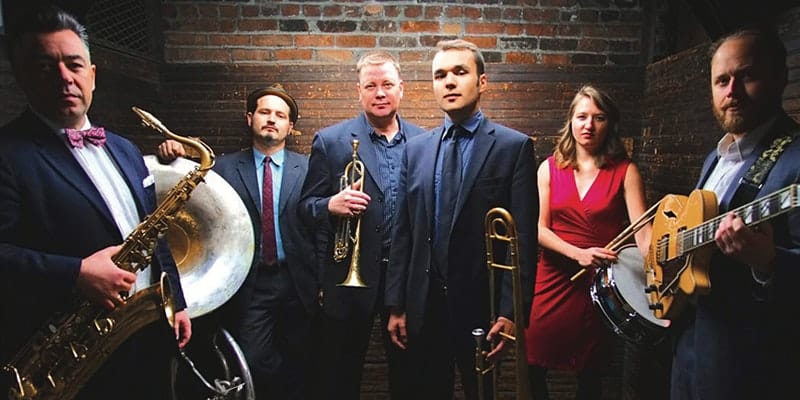 Grand Marquis is a big brass powerhouse, weaving old stories in with new tales for the 21st century. American roots styles blend down by the riverside of Kansas City blues and Memphis soul to form a second line party stretching to the Big Easy. A mighty chorus of horns wail over a groove-heavy rhythm section, while big, soulful vocals highlight well-crafted original songs.

Based out of Kansas City, over 22 years Grand Marquis has played more than 2,000 shows all across the US, and released 8 full length recordings. Also released vinyl recordings from Sun Studios in Memphis (“The Sun Session”) and a tribute to KC soul singer Tony Ashley (“Can’t Put You Down.”) Other highlights include The Blues Foundation International Blues Challenge Finalist in both performance and self-produced recording categories, as well as multiple Kansas City publications’ “Best Of” awards in both blues and jazz categories over several years.