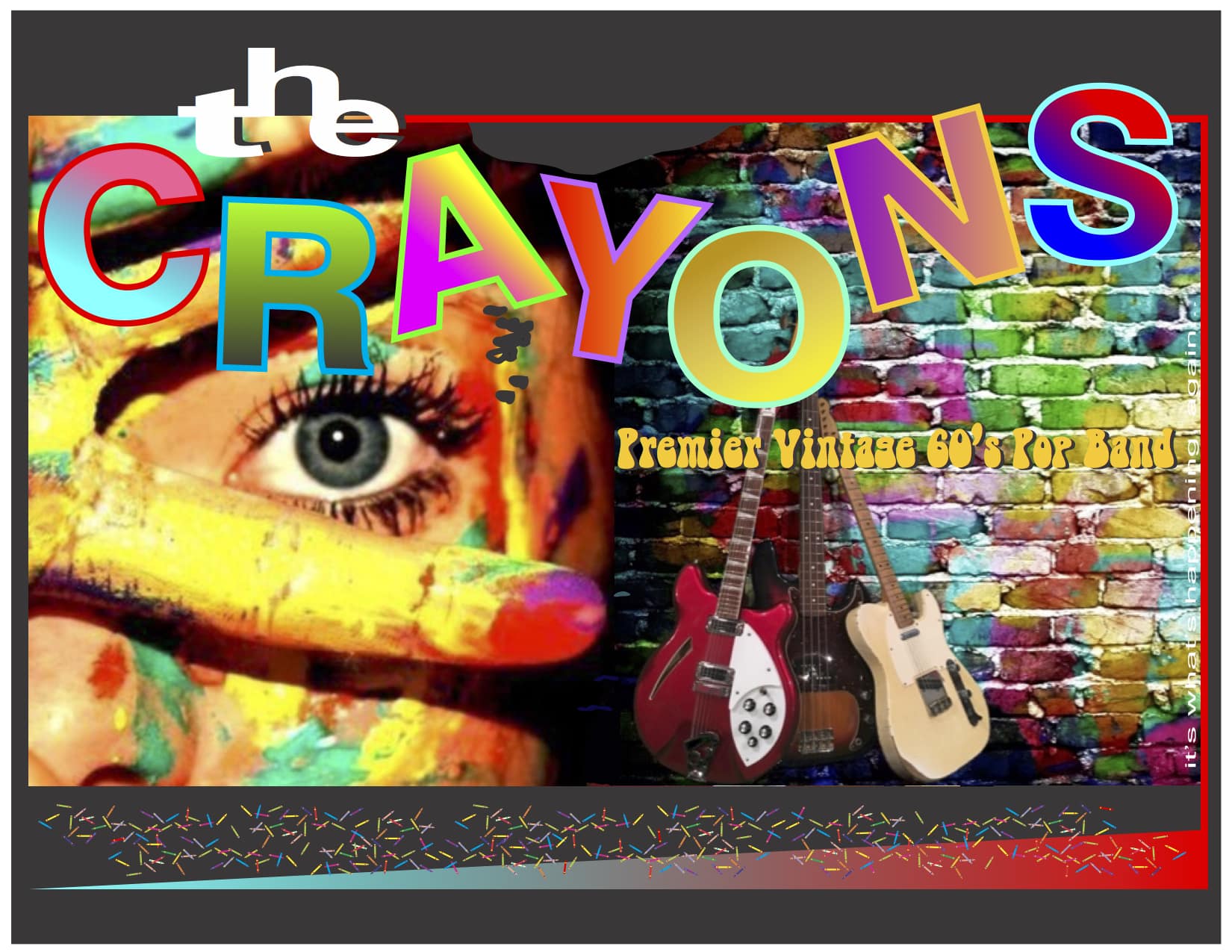 The Crayons were a classic rock band from Kansas City that formed back in 1982..It was put together with best friends since grade school, Larry Kips and Gary Butler. They recruited the great vocals of Gary Charlson and lead guitarist Steve Davis to complete the group. With the current music direction of the 80’s, the group thought it would be fun to revisit the music they all grew up with. The 60’s.

The Crayons were developing a very fun, loyal and dedicated fan base. These fans soon became their friends and were a huge contribution to their success. They would bring inflatable crayons and anything else crayon like to help make it a fun event.

The CRAYONS REFORMED – 2013
Still very good friends after 25 years, The Crayons original members decided to reform and bring back the songs, the sound and excitement that was so contagious to all. Vocal harmonies are now tighter than ever and the authentic sounds are clearer and crisper then before.