Friday, May 14th
Doors open at 7:00pm
Concert at 8:00pm
Tickets $15 online + fees
$20 at the door
No Secondary ticketing options or specials at this time 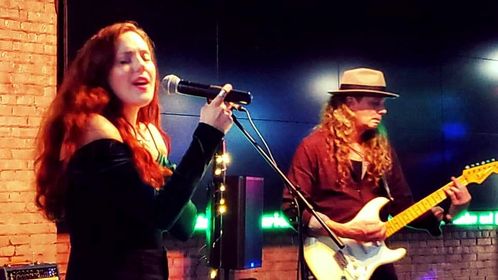 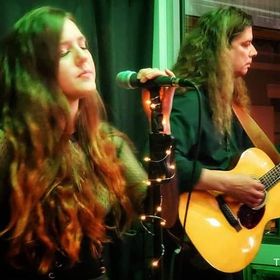 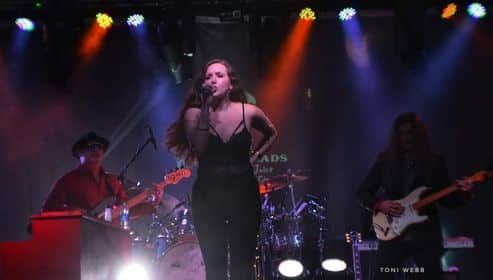 Jessica Gray is best known as a powerful vocalist and as an alluring songwriter. Jessica is a Kansas City native who is active in over 5 musical groups based in KC! Her style has been described as a unique blend of sweet and sultry vocals. Though her expertise is forged in vocal stylings and songwriting, she is known to dabble in other musical mediums as well. Jessica Gray just released her latest original project, Into The Gray, with their new album, REVELATION.

Skinny Webb is a multi-instrumentalist specializing in guitar and mandolin. He has collaborated and performed with Los Lobos, Jim Dandy (Black Oak Arkansas), Hank Redd (Stevie Wonder), Rick Derringer, George Hamilton, Nashville recording artist Grace Maher, and many others. Skinny started playing guitar at the age of 5 and soon began performing for audiences at country and bluegrass festivals in the style of Chet Atkins and David Grisman.  At 14 he discovered rock music and began studying the guitar craftsmanship of artists like Joe Satriani, Steve Vai, Rush, and AC/DC.  After High School he went on to study classical guitar and obtain a music degree. The next step was the road where he has played with numerous original and cover bands over the years. Skinny plays an eclectic and varied style of music running the spectrum from hard rock instrumentals, bluegrass flatpicking, country chicken pickin, and jazz fusion. He has played on and produced over 50 albums for other artists and has released several solo albums. He also stays very busy doing session work and as a hired performer for numerous artists.

Maximum capacity for the theater is 270, but we will be limiting ticket sales to 100 to allow for safety and proper social distancing. Concert will be in the theater with auditorium seating.