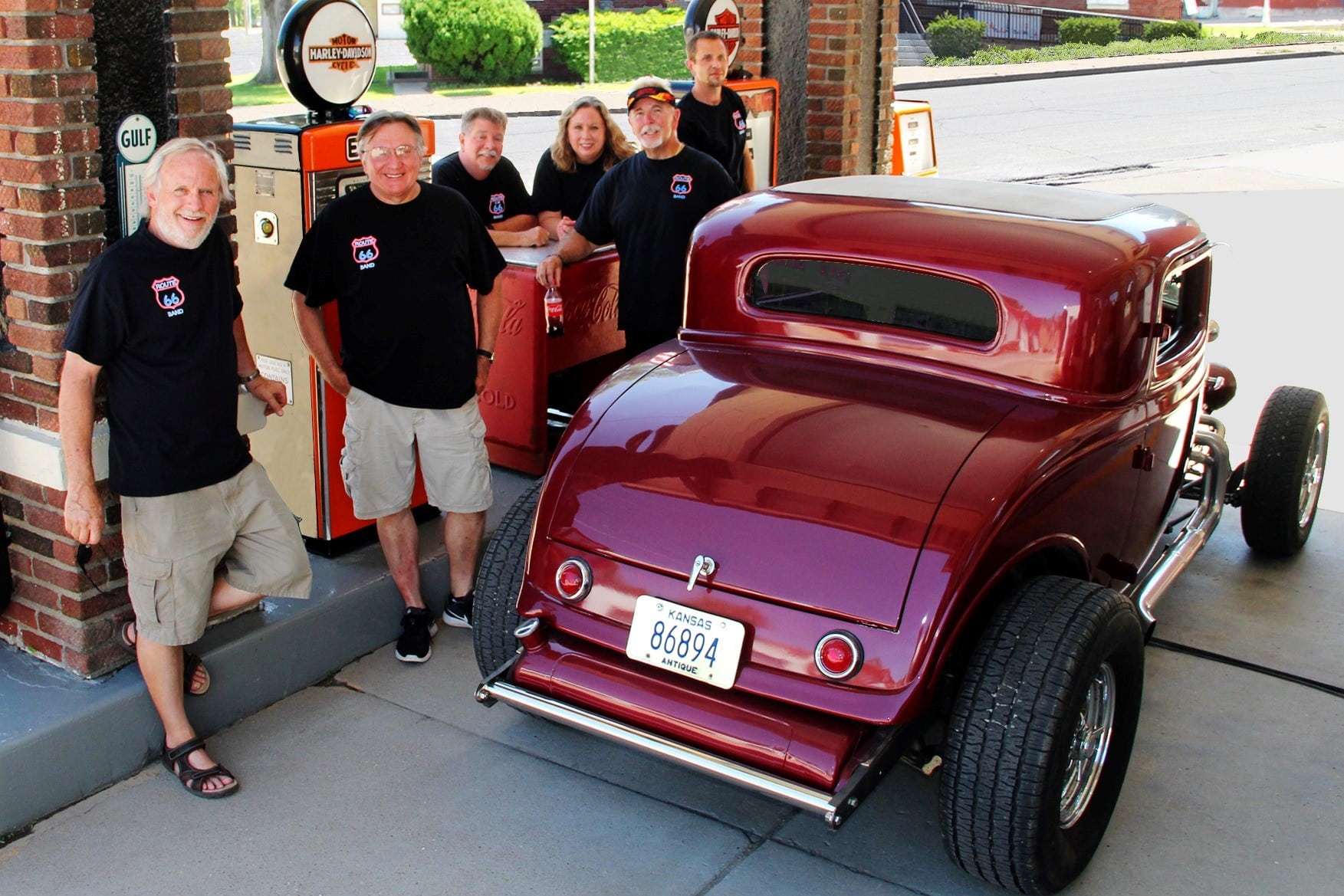 Route 66 Band is a 6-piece cover Classic Rock, Country Western, Disco, and Blues band from the Kansas City area. Their wide diversity of music provides music for all generations. People that have heard the band state “this band plays music for everyone to enjoy.” The band formed in 2009 and is a collection of four retired Union Pacific Railroad employees, a retired professor and a special education teacher. Steve Hudgens, from Independence, Missouri has played in several bands in the Kansas City area and is the lead singer and plays lead electric guitar. Don Eckles, from Lee’s Summit, Missouri, plays rhythm guitar and runs sound for the band. Russ Davis from Osawatomie, Kansas plays bass guitar. Danny Nowak from Kansas City, Missouri, plays multiple instruments including the keyboard, harmonica, rhythm guitar and sings. Judy Spunaugle from Kansas City, Missouri, is a special education teacher with Blue Valley School District as well as has a music degree in piano, plays keyboards and sings harmony in the band. The drummer David Loental, Overland Park, Kansas, has played with 2 other bands and provides a toe tapping beat keeping the crowd wanting to dance the night away.

Route 66 Band will take you down memory lane as they provide music as you remembered hearing on the radio in the 1960’s and 1970’s. They provide music entertainment for car shows like the Paola Car show and Boulevard Drive-In. They have also played at the Argosy Casino, and several wineries around the Kansas City area.

Concert will be in the theater with auditorium seating. Whether you come to dance or just sit back and listen, Route 66 are sure to keep you entertained!