Mark Doty and the Cause
with special guest
Rock Candy

Friday, June 4th
Doors open at 7:00pm
Concert at 8:00pm
Tickets $10 online + fees
$15 at the door
No Secondary ticketing options or specials at this time 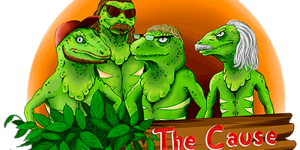 Mark Doty and the Cause

Mark Doty and The Cause formed about 14 years ago. Mark Doty started it with many different members and started jams in various bars. He met Dave Swiercinsky  about a year later, and he became a founding member. They went through a few changes in members before finding the perfect fit with Ken Carey, Ghan Bunyarttaphantu & Leonard Ladd; the current lineup that’s been together for over 6 years. They’ve played regularly all over Kansas City amassing a following of loyal fans.

Maximum capacity for the theater is 270, but we will be limiting ticket sales to 100 to allow for safety and proper social distancing. Concert will be in the theater with auditorium seating.