Derrek Denny
and
In Rainbows – A Radiohead Tribute

Darren Denney will perform live
at the Aztec Shawnee Theater from 8:00pm until aprox. 9:30pm
then In Rainbows will play for aprox. 90 min. 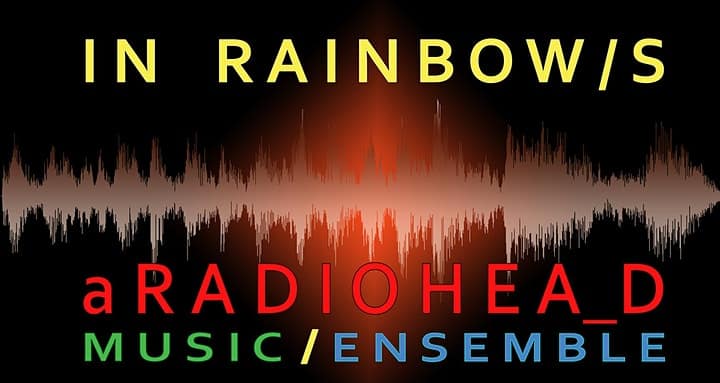 Darren Denney is a local alternative rock singer/songwriter who has performed live for almost 25 years. He released his debut solo album “Third Degree Burn of Memory” in 2005. He has several other releases, including 2008’s “The Lessons Only Time Can Teach”, 2010’s “Shades EP, and 2017’s “Redesigned Horizon”. His music is a crossroads of some of the artists who have inspired him the most: The Foo Fighters meets Incubus meets Death Cab for Cutie. A DD live show is guaranteed to deliver older original songs, newer original songs, and some surprise cover songs during the set. All of them are delivered with maximum energy provided by his band of some of the most seasoned musicians in the KC area. Be sure to catch him live to see what the buzz is about!

In Rainbows’ is a Kansas City-based music ensemble started by Trent Oehlert (guitars, vocals, loops) and Bradford Athey (weird violin, vocal, loops) with the mission of re-inventing the artistry of the band called Radiohead.